The Blue Plane : Book Two of the Grasshopper Man Series


Scullions exchanged significant glances across the washing tubs in the steamy kitchen.

Hushed conversations seemed to be taking place in every hallway and dooryard of the great keep. Autumn was holding the door, and Winter was trudging in. Even the cleaning servants had not been permitted to cross the threshold, causing the Mistress of Chambermaids no end of personal anguish. Three summers and three winters it had stood undisturbed. Today it was no longer empty, and all the castle hummed with rumor. In truth, there was one person in the busy Hayholt whose attention was not fixed on that long-untenanted room, one bee in the murmuring hive whose solitary song was not in key with the greater droning.

That one sat in the heart of the Hedge Garden, in an alcove between the dull red stone of the chapel and the leafless side of a skeletal hedge-lion, and thought he was not missed. It had been an irritating day so far—the women all busy, with scant time to answer questions; breakfast late, and cold into the bargain. Confusing orders had been given to him, as usual, and no one had any time to waste with any of his problems…. And that was also, he thought grumpily, quite predictable.

With a twig he widened the tiny road he had scraped in the dark, cold earth beside the wall, but still the captive would not walk forward. He tickled gently at its glossy carapace, but the stubborn beetle would not budge. Frowning, he sucked at his upper lip. The twig dropped from his nerveless fingers, as though an arrow had pierced his heart. Slowly, he turned to look at the looming shape. And, bad enough that is, but then I have to waste my valuable time trying to find you! How can you be such a wicked boy, Simon, when you should be acting like a man? How can you?


The boy, fourteen gangly years old and furiously embarrassed, said nothing. Rachel stared at him. Sad enough, she thought, that red hair and those spots, but when he squints his eyes all up that way and scowls—why, the child looks half-witted! Simon, staring in turn at his captor, saw Rachel breathing heavily, pluming the Novander air with puffs of vapor. It just made him feel worse. He curled himself into an even more pronounced slump and glared at his own feet.

Are you deaf and blind? King Stone-in-the-Road! Of course King John! Her hand trembled. And him so sick and all. Simon had never known any other home but the ageless castle called Hayholt, which meant High Keep. It was well named: Green Angel Tower, its loftiest point, soared far above even the eldest and tallest of trees. If the Angel herself, perched on the tower top, had dropped a stone from her verdigrised hand it would have plummeted nearly two hundred cubits before splashing into the brackish moat and troubling the sleep of the great pikefish bobbing close above the centuried mud.

The Hayholt was older by far than all the generations of Erkynlandish peasants who had been born, labored, and died in the fields and villages surrounding the great keep. The Erkynlanders were only the latest to claim the castle—many others had called it their own, but none had been able to make it wholly so. The outwall around the sprawling keep showed the work of diverse hands and times: the rough-hewn rock and timber of the Rimmersmen, the haphazard patching and strange carvings of the Hernystiri, even the meticulous stonework of Nabbanai craftsmen.

But looming over all stood Green Angel Tower, erected by the undying Sithi long before men had come to these lands, when all of Osten Ard had been their dominion. The Sithi had been the first to build here, constructing their primeval stronghold on the headlands overlooking the Kynslagh and the river-road to the sea. The Fair Folk had vanished now from the grassy plains and rolling hill country, fled mostly to the woods and craggy mountains and other dark places inconvenient to men.

The bones of their castle—a home to usurpers—remained behind. It bulked mountainously above the outlands and town, hunched over its fief like a sleeping, honey-muzzled bear among her cubs. It often seemed that Simon was the only dweller in the great castle who had not settled into his place in life. The pantlers and butlers, whistling merrily, rolled huge casks of sack and salted beef here and there. And Rachel and her chambermaids were always excruciatingly busy, flourishing their brooms of bound straw, chasing dust balls as if herding skittish sheep, muttering pious imprecations about the way some people left a chamber when they departed, and generally terrorizing the slothful and slovenly.

In the midst of such industry, gawky Simon was the fabled grasshopper in the nest of ants. He knew he would never amount to much: many people had told him so, and nearly all of them were older-and presumably wiser-than he. At an age when other boys were clamoring for the responsibilities of manhood, Simon was still a muddier and a meanderer. No matter what task he was given to do, his attention soon wandered, and he would be dreaming of battles, and giants, and sea voyages on tall, shining ships… and somehow, things would get broken, or lost, or done wrong.

Other times he could not be found at all. Rachel had finally let go of his arm, and Simon dragged his feet glumly as he followed the Mistress of Chambermaids like a stick caught in a skirt hem. He had been discovered, his beetle had escaped, and the afternoon was ruined. Rachel snorted disdainfully and waddled on, a badger in an apron. Simon looked back regretfully on the sheltering trees and hedges of the garden.

Return of the Grasshoppers! 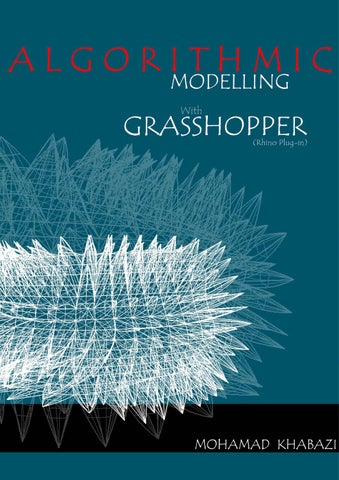